Vivo’s V series is mostly about a good camera system, with other factors such as battery life and great looks coming later.


I reviewed the V20 and the V21 series and had a great time with the mid-range devices. Now comes Vivo’s V23 Pro, a feature-heavy smartphone in the mid-range segment with several upgrades over its predecessors.


Here’s how the phone fares after about a month’s usage: Available in two colours–Stardust Black and Sunshine Gold–Vivo’s V23 Pro is a mid-ranger but looks premium with a slim profile. It has a polycarbonate frame that sticks with a glass back that has a matte texture.


What’s interesting is that the gradient finish of the glass back changes colour from gold to blue when you slightly tilt the handset.


The V23 Pro has a slim profile and is also quite light at 171g, so everyday use is pretty easy. It features a 6.5-inch FHD+ AMOLED curved display with a 90Hz refresh rate, and there is a thick notch at the top of the display that houses two front-facing cameras flanked by two LED flash units hidden in the bezel. The volume rocker and power buttons are on the right edge. The screen produces vivid colours and offers decent sunlight legibility.


On the rear, there is Vivo’s branding at the bottom and at the top, there is a thick camera panel housing a 108-megapixel primary camera, an 8-megapixel ultra-wide-angle camera, and a 2-megapixel macro camera.


Overall, the V23 Pro looks great and premium and the in-hand feel is good. The V23 Pro packs in a 6nm MediaTek Dimensity 1200 SoC, which is a capable processor. There are two configurations–8GB RAM + 128GB storage variant, and the 12GB RAM + 256GB storage variant.


Besides, there’s Android 12 with the custom FunTouch OS 12 skin.


I hardly faced any lag or stutter while gaming or multitasking and gaming; the phone can take regular tasks easily.


While hardcore gaming may be too much to ask for from a phone more focused on the camera, I had a great time playing Call of Duty on this phone, and that too at high graphic and frame settings.


The phone can easily handle heavy tasks, such as using the camera for photos and videos. There are hardly signs of heating unless you put the phone under too much strain.


Overall, you can do pretty much everything on this phone, it won’t disappoint. 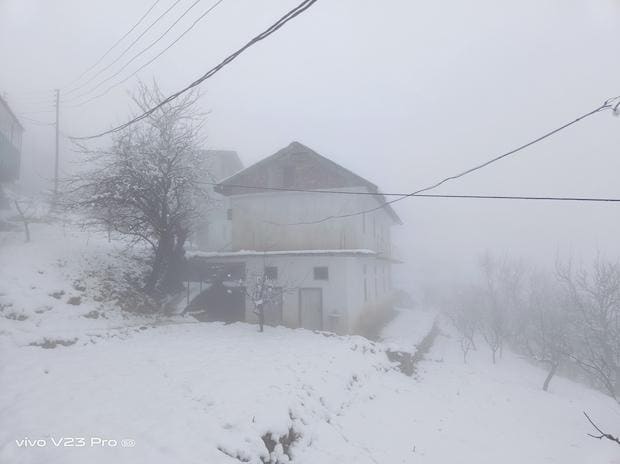 The V23 Pro has a 4,300mAh battery and it comes with a 44W fast charger in the box. The phone takes roughly an hour to charge fully, but I had to admit that the on-battery time is impressive as the phone can last for close to two days with moderate use.


If you use a camera along with regular social media and some gaming, even then it can easily last for a day.


However, I was a bit disappointed with the speaker. It isn’t loud enough, so unless you have good earphones, you might not be able to enjoy streaming anything on this phone. Coming to the most important part, the cameras of V23 Pro: On the rear panel are a 108-megapixel primary camera, an 8-megapixel ultra-wide-angle camera, and a 2-megapixel macro camera.


I must say this is one of the finest selfie cameras I’ve seen so far. Moreover, the LED flash units make the pictures even better. You get clear and sharp images with good depth and details.


Even the videos from the front camera look really good; this could be an ideal phone for content creators.


Talking about the rear camera, the 108MP lens produces decent images under challenging light conditions but the pictures come out really well indoors and under proper lights. 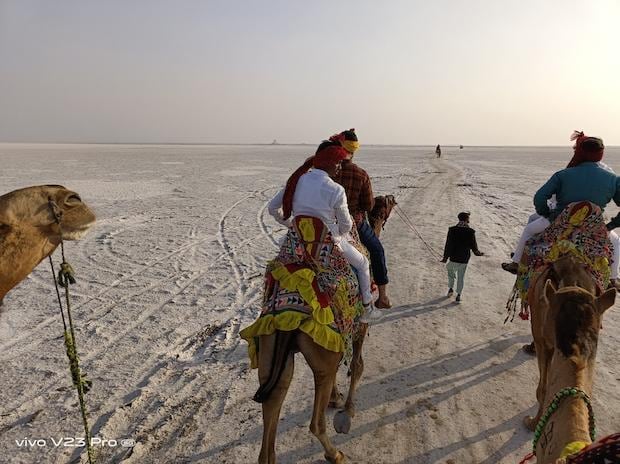 Under low light, you get decent pictures but it’s not its strength.


Some of the pictures look oversaturated, for example, if you click a picture in a garden, the background trees and plants look slightly artificial but the faces and clothes look sharp.


The wide-angle camera is decent enough but nothing too impressive as it does miss out the details around the edges.


But the phone can prove to be a good companion for content creators because the camera system is really versatile and with software and filters, you get a wholesome package. 
That said, for someone with a good front camera as a key requirement, this is indeed one phone that can be considered.


Overall, it looks a bit pricey but then you have a balance of both style and performance.